Stay up-to-date with Lilly Grace by joining our email list. We promise to send you the latest styles and discounts! Now let's go shopping! 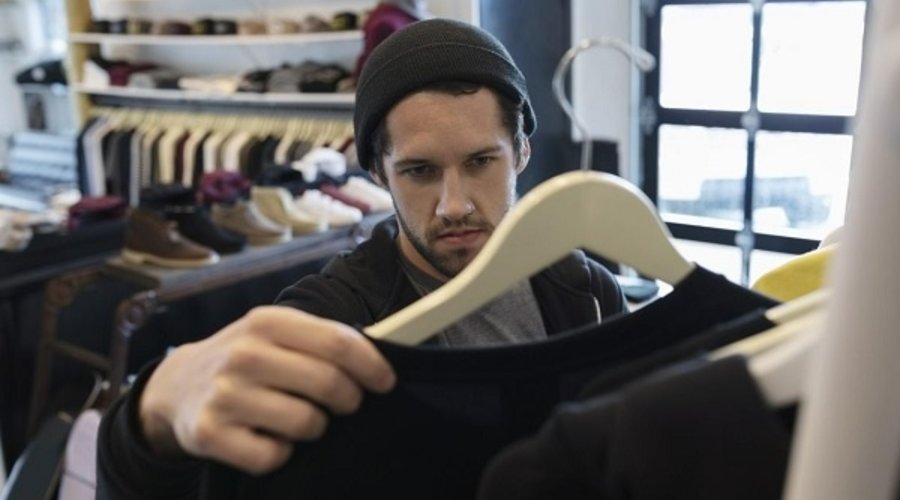 Why shopping is good for you

DO ME A favor and hide this article from my wife.

It's the holiday season, and that means she'll soon drag me along on her annual descent into that pit of despair known as our local mall to enact the time-honored tradition of millions of couples: She'll gleefully embark on a marathon of browsing and buying, and I'll trail miserably behind her, wondering whether I should fake a heart attack to make it all stop.

Unfortunately for me and all other non-metrosexual males, a new discovery could help you justify browsing for hours on end. Studies show that shopping isn't just about materialism and torturing the man in your life; it's actually good for your mental and physical health. It releases mood-lifting endorphins, boosts your immune system, keeps your brain nimble, and even fulfills basic social needs. And I'm sure that's exactly what my wife has in mind when she makes me spend two hours looking at sweaters at the Gap.

Can't buy me love?
There already is a well-established link between shopping and a heightened sense of happiness. Maybe flipping through the racks at Macy's isn't quite as strenuous as 60 minutes on the treadmill or as fun as a romp in the sack with your significant other, but assuming you enjoy it, shopping will give you the same kind of high by releasing a flood of endorphins--the feel-good chemicals in your brain, says Nancy Irwin, Psy.D., a Los Angeles–based psychotherapist. "Shopping can be extremely thrilling," Irwin says. "It's a peak experience to get a hell of a deal."

Academics who have measured shopping's effect on the brain tend to agree. In a paper published last year, researchers at the UK's Brunel University noted that shopping is associated with increased activity in the left prefrontal cortex, a part of the brain that has been linked to pleasure and positive thinking. In fact, levels of dopamine, a neurotransmitter released during pleasurable experiences including sex, can rise sharply even when you're merely window shopping. In another study, published in the journal Neuron, researchers at MIT, Carnegie Mellon, and Stanford strapped volunteers to an fMRI machine and showed them photos of products. When shoppers saw something they wanted to buy, a flood of dopamine to the nucleus accumbens--the brain's reward center--lit up their fMRI images like a dashboard. (The downside: When the charge for those Frye boots shows up on your credit-card statement, that dopamine is nowhere to be found. Sneaky.)

Luckily--for your brain, not your bank account--science has discovered a way to sidestep buyer's remorse: Imagine yourself enjoying your purchase a decade from now. Anat Keinan, an assistant professor at the Harvard Business School, and Ran Kivetz, a professor of marketing at Columbia Business School, gave 57 shoppers a hypothetical scenario: Choose between an expensive article of clothing they loved and a cheaper, less desirable version of the same thing. Then the researchers randomly divided the shoppers into two groups and asked one group to guess how much they thought they would regret their choice the next day and the other group how much they thought they would regret their choice in 10 years. Shoppers in the 10-year group were much more likely to be disappointed that they'd chosen a cost-cutting option; when they were later turned loose in an actual mall, they were more likely to purchase expensive, nonessential items. In their findings, published in the December 2008 issue of the Journal of Marketing Research, Keinan and Kivetz concluded that thinking about short-term regret drives consumers to be virtuous, while thinking about long-term regret leads them to be extravagant.

Whether that information makes you fear for your financial ruin or lunge for your American Express gold card, Paul Zak, Ph.D., director of the Center for Neuroeconomics Studies at Claremont Graduate University, is sure about one thing: Shopping is good for all humanity. Take a typical exchange between sales-person and customer: When you buy a dress, you're psyched because you have a new outfit. But the saleswoman is psyched too, because she just scored a commission. You help her, and she helps you. The positive effects continue to pile up, often unintentionally, even after your purchase. Thanks to your newly elevated mood, you might smile at a stranger on the bus, or offer to make dinner for your guy when you get home, passing along residual happiness. Everybody wins.

And it's not only about pleasure. Shopping may also help women maintain their mental acuity in old age, says Guy McKhann, M.D., a professor of neurology at Johns Hopkins University and a co-author of Keep Your Brain Young. "People who are doing really well as they get older tend to be mentally engaged, physically active, and socially involved," he says. "And women are all of those things when they shop." Meanwhile, back on the couch, Grandpa scores none of the above.

Coed browsing
So if shopping is so good for you, why does it make me and every other guy I know want to curl up next to the checkout counter and die? Not surprisingly, shopping can affect men and women differently, say S. Christian Wheeler, Ph.D., of Stanford University, and Jonah Berger, Ph.D., of the University of Pennsylvania. In a study published in the Journal of Consumer Research, the two marketing professors asked men and women to think about clothes shopping and then plot a trip on a map. Men tended to map the most direct driving route possible (as in "Get me the hell out of here, pronto"). Women were more likely to take the scenic route. The scientists' explanation: Many men tend to shop for specific items and only when they are needed, whereas women generally browse to see what's out there. (Interestingly, when subjects weren't asked to think about shopping beforehand, the researchers found the opposite trend: Women went direct, while men meandered.)

That doesn't mean that shopping is any less beneficial for men, says Lester Lefton, Ph.D., a professor of experimental psychology at Kent State University. (He happens to be the university's president, which means he also presides over KSU's School of Fashion Design and Merchandising.) It's not shopping per se that men dislike--it's shopping for things that hold no interest for them, says Lefton, who admits that he has been buying the same shoes (size 12EEE Byrons from Allen-Edmonds) for more than 30 years. But bring him into a nicely stocked hardware or electronics store and he can shop for hours while his wife slowly slips into a coma.

The solution for couples who dread shopping together isn't very complicated, Lefton says. Just ditch the idea that you have to stay side-by-side as you browse. "I've been married for 39 years. When my wife and I go to the mall, we split up. I don't have to go shoe shopping, and she doesn't have to come to the Apple store. We meet up for lunch." As long as you're both looking for stuff you love, coed shopping excursions will help keep you--and your relationship--going strong.

Dodging elbows at a department store or, God forbid, a discount outlet at this time of year is anything but stress-relieving. But it's not just the relentless crowds, sparse parking, and cheesy holiday music. If you ask psychologist Barry Schwartz, Ph.D., author of The Paradox of Choice: Why More Is Less, it's all about options: We have too many.

Being picky doesn't pay
"When people have too much to choose from, they will be less satisfied with their choices," Schwartz says. "It's easy to think about the opportunities they rejected." Researchers have dubbed those people "maximizers." They've found that it's really the "satisficers"--those who aim for just good enough--who are happiest with their purchases.

Save your brainwaves
Indecisiveness strains the brain, says economist Paul Zak, Ph.D., of Claremont Graduate University: "You have a limited amount of mental energy, and your brain wants to conserve it." For every pair of boots you try on, your gray matter works hard to picture your owning them (and strutting by a catty coworker in them). Now multiply that fantasy process by 12.

The fewer, the better
The secret to Zen shopping, then, is to limit yourself from the get-go. Skip the gargantuan stores and head to boutiques. Take only a few items into the dressing room. And meditate on the fact that "good enough" really is.

Stay in the loop on deals and new arrivals